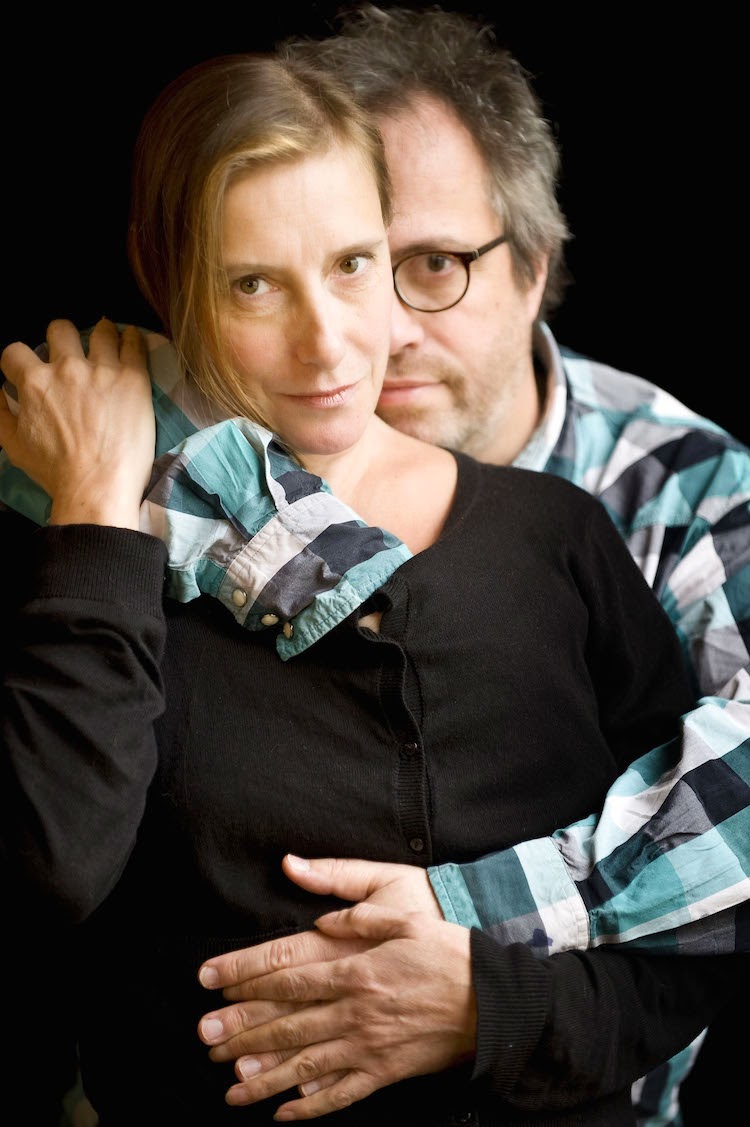 When it Comes Together
by Kallee Lins, Editor - Dance

Kiss & Cry, created by Belgium’s Charleroi Danses and opening the Canadian Stage season, is a dance piece that takes a refreshingly wide view of the discipline. The aspect that can most readily be called dance—two hands performing duets (evoking a surprising range of dance styles) on miniature sets, filmed and projected onto a large screen above the stage action—is frequently overshadowed by the incredibly precise choreography of the spectacle at large.


A train set, doll houses, tanks of water and countless other gadgets and sets of technical equipment litter the stage while the cinematographers dance through this obstacle course creating a film in real-time. It is clear from the get-go that the show delights in showing its process to the audience. During the opening dance sequence in which the two hands perform an elegant pas-de-deux complete with finger arabesques and a great deal of flirtation between the male and female hand, the camera hones in on a tiny figurine cameraman also watching the action from his place in the corner of the table top.

The plot is simple, not in a way that feels thin, but one that allows the technical brilliance of the show and its performers to shine through. The audience takes a journey through the memory of an old woman as she recounts her life’s love stories. The first is a boy who she met on a train when she was 12. The only thing she can recall about him is his hands. The film artfully illustrates her thoughts.  As she tries to bury his hands deep into her memory, we see a tiny ceramic hand getting placed into a box, then another box, then another, and the box is finally placed on a shelf in front of floating clouds.

The beauty of the filmed images can stand as an art piece in their own right, but to see the creation of these effects makes the whimsical tone of the piece even more enjoyable. One particular stagehand (as in a full person, different from those acting as lead hands) would often dance with his flashlight while illuminating the camera. Whether the performers were setting fire to a cardboard house, manipulating a toy giraffe, or carrying miniature people to drop them into the deep hole symbolizing the dark abyss in the woman’s memory, there was a constant playfulness between the performers.

Tony Regbo, star of the hit CBS drama Reign, provided the narration.  His smooth, dramatic voice added an epic quality to what otherwise seems like a light-hearted piece. This contradictory tone is the performance’s greatest strength. It’s a highly dramatic piece composed of very serious play.

It is incredible just how expressive the performers’ hands are, and even the specificity of the actions and relationships they evoke. The audience chuckled the most during a few scenes in which the male and female hands are shown in bed together. One hand just wanted to cuddle while the other shook off her embrace. There were audible sighs in the audience as it became clear we were watching romance #3 come to its end.

This is a highly interdisciplinary show involving dance, theatre, and cinematography, but it all comes together to highlight the expressive potential of a live body, or even a single hand.

Oct 1 - 5
[Additions have been made to aspects of this article]
Posted by THE CHARLEBOIS POST at 6:34 PM