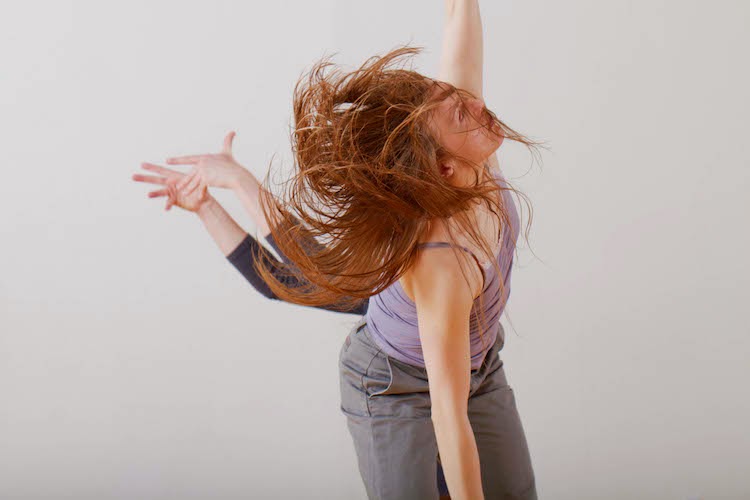 The Freedom of Expression
by Chad Dembski, Editor - Dance
@surpriseperform

There was a moment in last night’s performance of The Muted Note that I felt transported back to the 1960’s.  I’m not sure if it was the jazz musical compositions, the choreographed animated through improvisation or the playful way these two worlds mixed but it felt of another time and place. There is a dark nature to a lot of contemporary dance that I see and it manifests itself often in works that are personal but pessimistic, angry and bleak. The Muted Note is on the opposite end of the scale, a joyous exploration of poetry and the possibilities of collaboration.


Based on the poetry of P.K. Page, a Canadian poet who passed away in 2010, it was first conceived as a music album by Scott Thomson for Susanna Hood's voice.  After development Hood introduced the idea of putting choreography to the music but keeping the live band as part of the performance. One of the most intriguing aspects of the show is to try and figure out what is set and what is improvised. With highly experienced musicians and dancers that The Muted Note boasts, there is a confidence in almost every move so that line is almost impossible to recognize in any way.

The evening is set up like a music show with 11 pieces and small breaks in between almost every single piece.  The poems ranged in length and were brought alive by voice, music and dance in a variety of ways. The studio space at Monument National is not easy to break open but these artists did everything in their power to expand the space. From using both levels of the space when Scott Thomson travelled around to play with the band from afar, to the dancers sitting out from the outer walls, to the dynamic lighting of Paul Chambers who helped remind me how designers can also collaborate in a combination of set cues and improvisation.

While fantastic collaboration is admirable and a marvel to watch it does not always produce the most dynamic material. Once I had seen a couple of the poems very similar styles were used again and again throughout the remainder of the piece. While the last piece is a stunner it was hard to ignore that I didn’t emotionally connect with The Muted Note very much. While it offers a transportation of the mind and soul to a less anxious time, I found it cold and in need of a more personal touch. It is great to watch professional artists share a passion, talent and ability to work together in harmony but that does not always translate into a constantly engaging work.