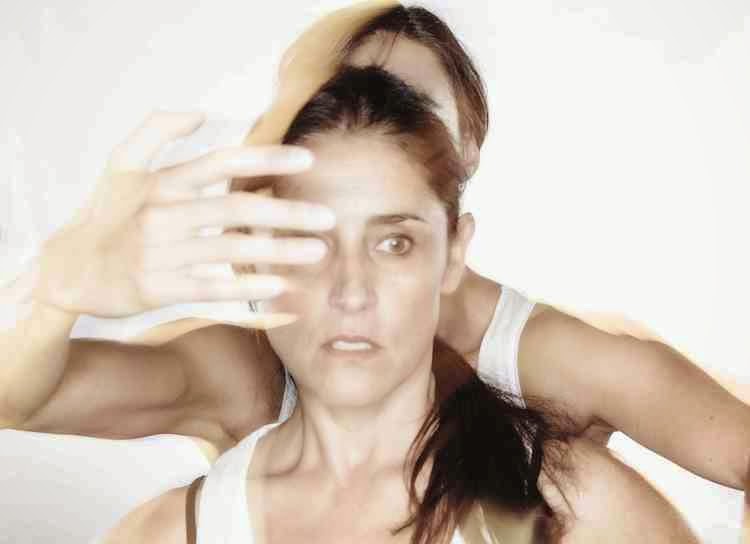 
"great dance, but could never do that stuff"...until you do
by Laurence Lemieux

Dancer and choreographer Laurence Lemieux was born in Québec City and received her training at l’École Supérieure de danse du Québec and later at the School of the Toronto Dance Theatre, joining TDT in 1986 to 1994 and dancing in works by David Earle, Peter Randazzo, Patricia Beatty and Christopher House, as well as teaching in the School’s professional program. She has also danced for such choreographers as James Kudelka, Tere O’Connor, Margie Gillis, William Douglas, Jean-Pierre Perreault and Benoît Lachambre. She presented her first choreography in 1983, and since created more than 25 works. A Dora Mavor Moore Award winner for Outstanding Performance for a 1998 solo created by Christopher House (Cryptoversa), Lemieux was a 2013 nominee for her performance in James Kudelka’s From the House of Mirth, and a 2014 nominee for her performance in the remount of her own solo Les cheminements de l’influence (both presented by Coleman Lemieux & Compagnie), which launched The Citadel in 2012, the downtown Toronto home of CLC. Coleman Lemieux & Compagnie, founded in 2000 by Bill Coleman and Laurence Lemieux, creates both intimate, small-scale performances and spectacular stage shows featuring some of Canada’s greatest dancers, as well as now-legendary site-specific events in both urban and rural settings.

Enter the beautifully physical world of Gadfly, a dance company led by Apolonia Velasquez and Ofilio Sinbadinho. Rooted in Urban dance and residing in Regent Park, Gadfly is the dance company that appeared at the doorsteps of The Citadel in the spring of 2012. The Citadel is the home of Coleman Lemieux & Compagnie, where I live and work and play. It’s a centre for dance in Regent Park. When I met Apolonia and Ofilio our worlds immediately began to overlap.


This is dance meeting dance…head on!

Gadfly has been teaching, choreographing & performing dance at The Citadel since 2012 but next week is our first genuinely shared artistic project, and this is exciting. Gadfly is creating for Coleman Lemieux & Compagnie a brand new work called UPLICA. I enter as a dancer in the work alongside the graceful Erin Poole. We started to work back in July and have been going pretty much nonstop since then. At first, I thought this is where I, the contemporary dancer, will meet Apolonia and Ofilio, the urban choreographers. I admit I was a little scared, not knowing what to expect, and worried I would not be able to move in their way of moving. My fears were legitimate. After all the many Gadfly shows I've seen, I've always thought 'great dance, but could never do that stuff' —but revise that, this is no longer my thought. This is not Urban Dance meets Contemporary Dance. This is dance meeting dance…head on!

It has been a long time since I worked in the studio with a younger crew and it is exciting.The work is very physical, at times fast-paced, at times contemplative. I am so honoured to be dancing all this alongside the radiant Erin Poole. Her lines of energy never fail to lead me through this crazy tunnel of dance. It has been a wonderful experience for me to step back into the studio to discover the otherworldly environment that Gadfly provides.
Apolonia and Ofilio are relentless, passionate and fantastic movers. In the studio, Erin and I are just trying to imitate them; it's challenging but rewarding when you manage to get a step or two. Rehearsals are very physical, exhausting even…. and you always have to remain sharp, no matter what. Sharp focus, sharp movement, but always with an open mind. I am tired, my body hurts, but that’s a small price to pay to be part of UPLICA.
With an original score by John Gzowski, lights by Simon Rossiter, and costume design by Hoax Couture, UPLICA is exploring shadow double imagery, while creating spaces and movement. The performance reveals images of doubt, loneliness and a reverse projection of two mysterious personalities.
As Co-Artistic Director of Coleman Lemieux & Compagnie, and as a dancer, I invite you to come see UPLICA… It is a tour de force.
October 16 - 25
Posted by THE CHARLEBOIS POST at 12:01 AM