The Question... David Latham on The Changeling at NTS 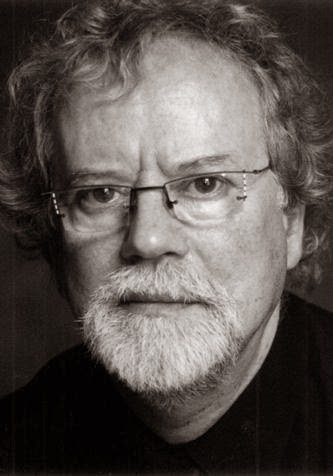 Not Romeo and Juliet
In The Changeling the fight to keep the relationship going takes a very different turn.
by Estelle Rosen

David Latham is a director, teacher, and actor who has worked in Canada, Australia, New Zealand, the U.K., and the U.S. He is in his 14th season as Theatre Training Consultant at Stratford Festival, where his recent directing credits include Othello, Cymbeline, Agamemnon, and The Two Noble Kinsmen. For the Birmingham Conservatory (Stratford), where he was Associate Artist for seven seasons, he has directed The Winter’s Tale, King Lear, Macbeth, Richard III, A Midsummer Night’s Dream, As You Like It, and Love’s Labour’s Lost. He presently oversees the Michael Langham Workshop for Classical Direction at the Birmingham Conservatory. In Canada, David Latham's work has been seen at the Centaur, The Globe, The Vancouver Playhouse, Studio 58 (Vancouver), Alberta Theatre Projects, the Canadian Stage Company, and the Manitoba Theatre Centre. For the National Theatre School, he has directed A Midsummer Night’s Dream, Love For Love, Richard III, Twelfth Night, The Cherry Orchard and Women Beware Women.

CHARPO: You've been quoted as saying "The Changeling is like Romeo and Juliet on the dark side". Could you expand on that and also discuss the challenges of directing this play with a student cast.

LATHAM: A young woman and a young man meet and immediately fall in love. It is love at first sight. The young woman is already betrothed but she is in love with this new man.

So the story of the play The Changeling by Middleton and Rowley begins and so does the play Romeo and Juliet by William Shakespeare begin.

In The Changeling the fight to keep the relationship going takes a very different turn. The young woman takes matters into her own hands and with the help of a servant is complicit in murder, betrayal revenge and adultery. This story has quite a different ending.


Most of Shakespeare's plays are known to an audience, or, at least, the stories are known; but a play like The Changeling, a famous Jacobean Revenge tragedy, is little known. If one is going to do the play the biggest challenge is the language. All kinds of visual effects can be employed to shock the audience but the challenge for me has been to guide the actors to connect with this language so the story can be told through that language. I am interested in doing the play as written and not an adaptation.

This play has two plots that reflect each other, one takes place in a castle and one takes place in a madhouse. When the play was written, around 1652, mad scenes in plays were there for their comic value. Our attitude to mental illness has changed somewhat so to find a way of playing these scenes without being offensive is also a challenge.

Interestingly enough the play is about 'madness' and it asks the question 'who is mad in this play?' In Shakespeare's As You Like It Rosalind says 'Love is merely a madness'. This is certainly one of the central themes of this play, but what happens when love turns to obsession? What happens when someone will do anything, and I mean anything, to achieve the object of their love?

These are some of the themes explored in The Changeling and the exploration of these themes is certainly a challenge.