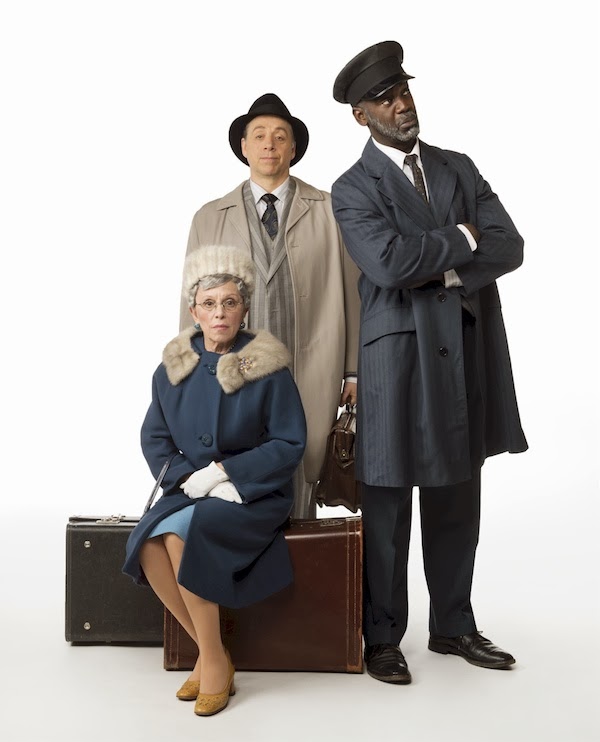 You know just where you’re going with Driving Miss Daisy, but it’s still plenty of fun getting there.

The play opens in 1948 with the eponymous Daisy, an elderly Southern Jewish woman, stubbornly insisting to her grown son, Boolie, that she’s still a perfectly good driver – despite having barrelled into a garage by mixing up the gears. He ignores her protestations and hires her a chauffeur, Hoke, who’s almost as old as Daisy but still knows exactly what he’s doing. Daisy isn’t keen on being driven around – perhaps least of all by a black man.

The affable Hoke works hard to get along with Daisy, and to make her see him as a fellow human that she can relate to. The plot is rather predictable, and yet this production succeeds at making the audience care for the characters and about their story.


The play and its subject matter are a bit dated, but the story of someone overcoming their prejudices by growing close to someone unfamiliar always seems relevant. The juxtaposition of a rich Jewish woman and a working-class Black man in a place ruled by WASPs makes for a poignant story. It also mirrors one aspect of America’s progression of race politics from the play’s 1940s beginning and through the thick of the civil rights movement, illustrating how a kind soul can change even the most obstinate of characters.

The production features strong and charismatic performances from all three of its actors. The award-winning Nicola Lipman is in top form as Daisy, as she nails her character’s funny lines - whether the audience is laughing with Daisy or at her – and has created a character at once frail and formidable. John Campbell’s performance as Hoke takes some getting used to, as it’s quite caricatured, but his mannerisms and expressions are consistently distinctive, and his character is very likable. Brian Linds is engaging and relatable as Daisy’s son Boolie, faced with the tough task of reasoning with his aging mother. The dynamics between the three figures, bolstered by the sharp direction, make this show shine.