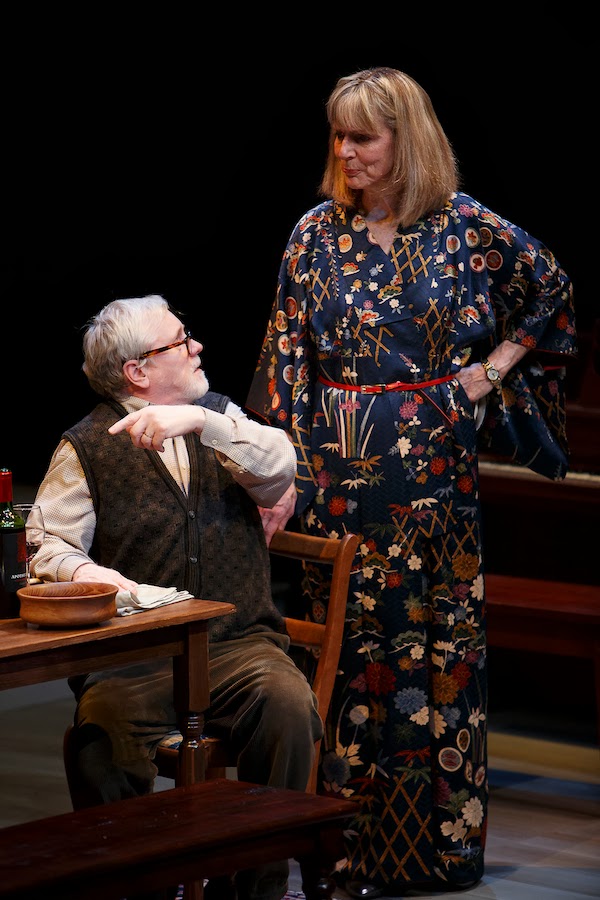 Communicating your identity
Language and self at core of Tribes

Presented by Canadian Stage, Tribes is a collaborative theatre work with Theatrefront Production and Theatre Aquarius, directed by Daryl Cloran. This work is not delicate - the boundaries between community and language are probed, challenged, crossed - and relationships are damaged as a result. Playwright Nina Raine has managed to portray some difficult questions regarding identity and community for the hearing impaired, and express parts of the hearing impaired community that I expect many who can hear don’t know about. In this play, we journey with Billy (Stephen Drabicki) as he meets and develops a relationship with Sylvia (Holly Lewis). Billy was born deaf, and is an accomplished lip-reader, but does not know how to sign. Sylvia is going deaf, but can sign eloquently. These two hearing-impaired characters clash with Billy’s family - none of whom have ever learned to sign.


I  must first say that I was completely astonished by the performances of both Drabicki and Lewis. I have never seen the level of nuance and feeling that these two have achieved. This is even remarkable given the progressions these characters go through as the play progresses. Without risking spoilers, there is a confrontation between Billy, Sylvia and Billy’s family that is absolutely astounding to witness. Performances by the rest of the cast come across as merely capable next to these two performances, but this is not the fault of the cast. Billy’s family, sister Ruth (Patricia Fagan), brother Daniel (Dylan Trowbridge), father Christpher (Joseph Ziegler) and mother Beth (Nancy Palk) are simply given very little to work with. These characters are all flat and boorish, and in some cases, distract from the rest of the work. The fault here lies with Raines’ script. It feels incomplete in sections - there are events that occur, seemingly without purpose and lead to narrative dead ends. They appear to be an attempt to perhaps give the family characters a bit more depth, particularly Daniel, but end up detracting from what is a very powerful audience experience. These failed attempts at depth are unfortunately further enhanced by some fairly heavy-handed directorial decisions by Cloran. Sound design by Richard Feren is also worth noting, although fair-warning - this play is extremely loud in places.

Despite a script that is weak in places, Tribes is an excellent evening of theatre. The director notes that the mandate of Theatrefront Productions is to cross borders, and in selecting this work they have done just that. You will leave thinking about how your language defines you, your community, and your tribe.