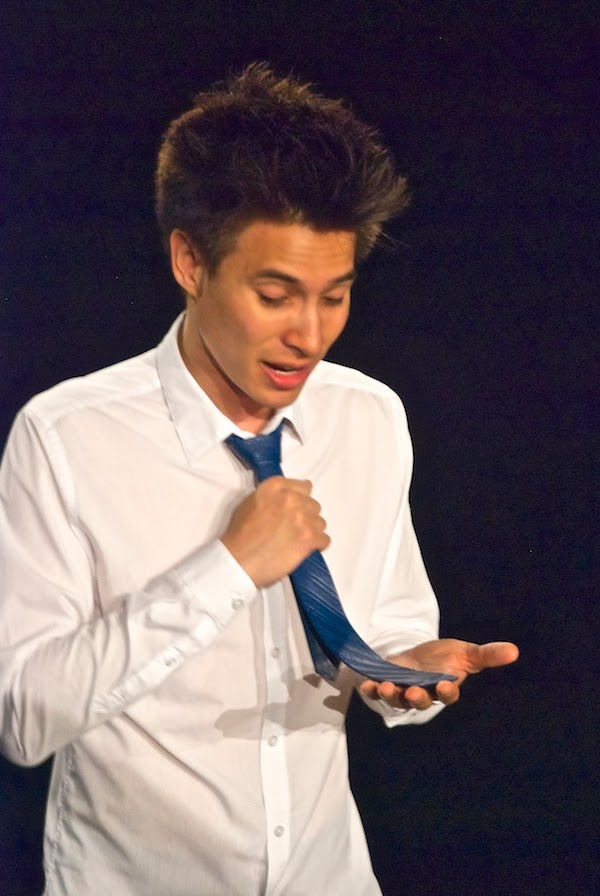 How Fringe festivals made me a better artist, entrepreneur and person

Jean-François Plante-Tan is a Montreal-based artist who toured the Canadian Fringe circuit in 2013 (Montreal, Calgary, Edmonton, Victoria and Vancouver) and received great reviews for his performance and his play. La Cravate Bleue (The Blue Tie), is a one-man musical about the choices and sacrifices we make for the things we love to do and people we love. Jean-François Plante-Tan decided to live his dream of becoming an artist after completing an architecture college degree and urban planning university degree. He is now working towards taking his play to the national level but this time in the francophone circuit.

In the summer of 2013, I performed my musical La Cravate Bleue in five Fringe festivals (Montreal, Calgary, Edmonton, Victoria and Vancouver). It was my first Fringe experience and it was life changing. I’d like to share with you how the Fringe made me a better artist, entrepreneur and person today than I was before any of this happened. I hope my story can be useful in any possible way, to you or someone you may know.

How the Fringe made me a better artist

Freedom of creation.
The Fringe is open to all kinds of shows and encourages artists to be creative and express themselves. Needless to say, this openness was vital to me as a beginning artist. I could create what I wanted to create. And so I did. I wrote a one- man-musical. Not a music show. Not a monologue. Not a stand-up comedy show. A one-man-musical. This freedom helped me follow my inspiration.

Exposure.
I have never been exposed to so much art in such a short amount of time before. I have never met so many performing artists, technicians and producing staff before. Heck, I have never met so many volunteers and audience members! Also, I’ve never had so much attention and media coverage. Watching their shows, answering questions about mine, discussing art with art enthusiasts and getting as much feedback as I could possibly want was more than I could have asked for.

Composure.
I had the privilege to perform my show 34 times in less then eight weeks. That’s one performance every other day. Sometimes it was five performances in three days! I had never performed as an actor before and I was aware of the consequences of how fatigue can affect one's performance on tour. Having to give so many shows in such a short period of time forced me to develop a strong work ethic and to keep my composure so I could give my best performance night after night. 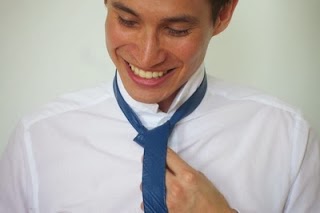 How the fringe made me a better entrepreneur

To organize, plan and execute.
Nothing can be well done unless it’s well planned. Writing, producing and performing a show demands a lot of work. I learned to organize my thoughts, plan ahead and execute a well rounded plan. These steps were fundamental to successfully reach my goals and feel in control. Without a plan, I’d do more harm than good.

Business as usual.
The arts is no different than any other market. I have a product to sell. I need money to keep going and people work hard to earn theirs. Some will spend it on my show and others won’t. It’s business. And it’s okay. My Fringe experience, including the help of many Fringers, taught me to take a few steps back when dealing with opportunities and rejection. It’s not personal, it’s business. If not seen otherwise, I would’ve gone insane.

Shameless self-promotion.
The first time I heard that ‘the best promotion is shameless self promotion’, I understood that I was the best promoter to attract people to my show. The only way of doing so was by talking to as many people as possible, as much as possible, about my show, myself and reviews I received. I learned to do this without feeling pretentious and to do it with a lot of enthusiasm. If I didn’t talk about it, I sure wasn’t going to sell any tickets. 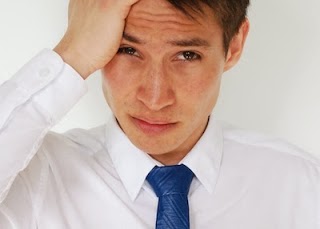 How the fringe made me a better person

Accepting my vulnerability.
When you create art and you show it to people, you expose your vulnerability to the world. You expose your strengths and weaknesses.You open yourself to complete strangers about who you truly are and this opens the door to admiration but also to criticism. During my tour, I learned to accept this. It took a while, because it’s easy to fall in the abyss of one bad review and it’s hard to get out of it. But once it’s done, it feels good. So I learned to accept the fact that I’m imperfect, that I have faults and that I’ll never be perfect. I also learned to concentrate on my talents and my strengths. This is probably the best thing that could have happened to me.

Agreeing to disagree.
Whether it’s in the arts or in business, we all have different experiences, views, approaches and different ways of coping and dealing with situations and life in general. And that’s okay. During my tour, I discovered much more than just an arts community with whom we could have an amazing time and great conversations. I discovered a fascinating country (that I knew always existed). I realized more than ever that I wasn’t the only one to have good (and bad) ideas. Sometimes two good ideas doesn’t even make a great idea! Agreeing to disagree isn’t always easy, but once I accepted that, I found life on tour and living in multiple communities much more pleasant.

Letting go and enjoying myself.
If there’s one thing I constantly had to remind myself about on tour, it was to have fun. It felt normal to desire success, to work hard and to push myself as much as I could to obtain the best results possible. But what’s the point of reaching for my dreams if I’m not having fun? I learned to let go and to have fun. It’s probably the one thing that I have to remind myself every day. 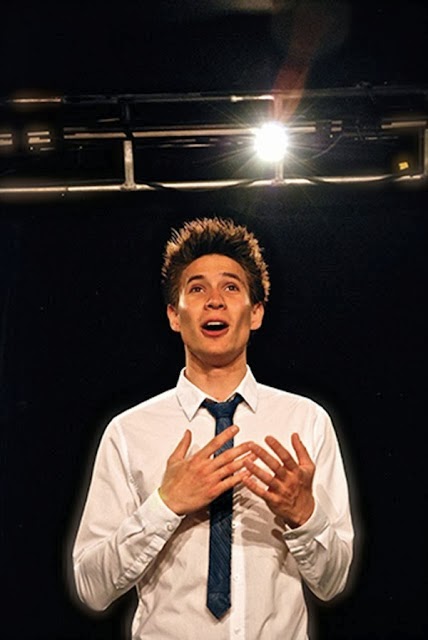 Respect.
If there’s one word I’d use to describe the Fringe community, it’s this one: respect. I can’t describe how much respect I have for all the artists, producing staff, and volunteers who make the Fringe happen and who make it a life-changing experience. Year after year, the Fringe gathers thousands of people across the world to celebrate art in its purest form. Plus, everybody respects each other's art and views! Wow! Seriously. Props.

Love.
I don’t know what it is about the Fringe, but no matter which festival it was, I could feel the love. Love for the arts, for the people, for the festival and for life in general! People were always happy for one another. They were always proud of an artist, thankful of a volunteer and grateful of the staff. People were generous with their time,  their support and  their love.

When my tour ended, the first thing I did was to surf in Tofino, B.C. I owed it to myself. It was my prize. I took the time for myself, to relax and enjoy the moment. I was surfing on this amazing wave of gratitude and joy. And as I waited for the next wave, all I knew was that something great was headed my way. That’s all I could really hope for at the time.

Today, six months later, I’m not in line for any Fringe festivals. Nope. Why? Because I didn’t apply for this year’s festivals. I didn’t plan to. Actually, I forgot. The truth is that I was way too caught up in my 2013 Canadian Fringe tour to plan further than my Tofino surfing session in mid-September. I had completely forgotten that the Fringe registration cycle had restarted.

Ya! I know, right? Already! Isn’t  it incredible how time flies when you’re having the time of your life?
Instead, when my tour ended, I decided to live life day by day. That was the plan. And since then, many things have happened, for the best and for the worst.

In the past few months, I have been networking in the Canadian francophone arts circuit. I’ve been making a name for myself. If all goes according to plan, I should be going on a 2014-2015 Canadian Tour across the country, coast to coast!

How did this happen? How did I all of a sudden go from a beginning artist to pursuing a professional artist career? The answer: The Fringe. My Fringe experience helped me discover more about myself, what I was capable of and what I wanted to do with my life. I also gathered an impressive amount of knowledge and experience. The Fringe also helped me gain a certain level of respect from the francophone art community. After all, I did tour Canada with a French musical!

My final words to you about how Fringing made me a better artist, entrepreneur and person would be these, and it goes along the lines of my musical. Also, this is what my friends and family have been reminding me since the beginning.

Humility.
Be humble. Remember who you are, where you’re from and where you want to go. Accept your strengths and weaknesses. Accept your vulnerability and feel good about who you are and who you are not. Don’t overdo it but don’t undermine yourself. Start with you and go from there.

Believe.
Believing in yourself and that you are capable is fundamental if you want to make anything possible, no matter what your goals are. Believe that other people too will believe in you. We’re all in this together.

Work.
‘The best thing you can do is work a lot’. I don’t remember who said this, but this would be the only quote I’d borrow from someone. If you don’t get to work, if you don’t face your challenges and do everything that needs to be done to reach your goals, no matter how much work there is to be done, if you don’t get to work, you’ll never make it happen and that’s going to suck. Not just for you, but for everyone else who believes in you and who wants you to be happy. So get to work.

Thank you very much for taking the time to read my article. I hope that sharing my Fringe experience brought you something positive. I’d like to publicly thank all of my supporters that have been giving me an exceeding amount of love and support. Without them I am nothing. If you have any questions about Fringing and touring, I may not be a Fringe expert, but if you think my experience could be of any use to you and you’d like more information, just write to me at info@lacravatebleue.com. It will be my pleasure to help within the best of my abilities. If you’d like to know more about my musical, please visit my website. And if you’d like to support my Kickstarter crowdfunding project so I can continue my musical project, as I have been requested to extend the show and record the album, please do so here http://kck.st/1hLfwre