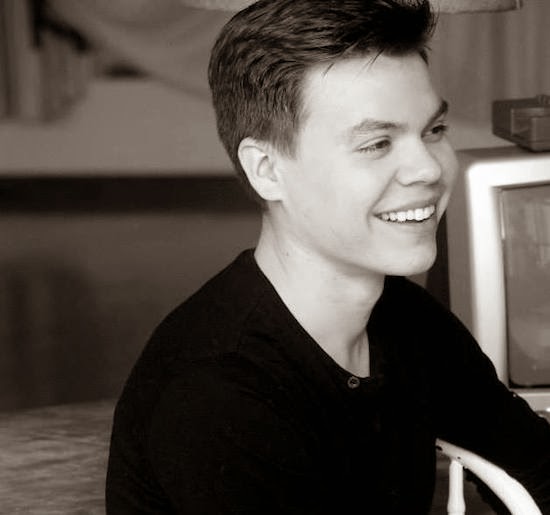 Wayne Burns is a multi award-winning Actor from Truro, Nova Scotia, Canada. He will be graduating from National Theatre School of Canada's Acting program in May 2014. Mr. Burns continues to act in both theatre and film, and has originated roles in new works by artists Paul Ledoux (Merlin, Halifax Theatre for Young People) and David S. Craig (Tough Case, Left Foot First Productions). He was also involved in the first Atlantic Canadian readings of Proud (Michael Healey) and With Bated Breath (Bryden Macdonald), and is the back-to-back recipient of the Theatre Nova Scotia Award for both 2011 and 2012. In 2011, Wayne Burns made his film debut in Jason Buxton's Blackbird, which has gone on to win many awards internationally in such festivals as the Toronto International Film Festival (TIFF) and Cannes Film Festival. Most recently, Wayne can be seen in Gia Milani's All the Wrong Reasons, which was chosen as an Official Selection for TIFF 2013. The film stars Kevin Zegers, Emily Hampshire, Karine Vanasse and the late Cory Monteith. On the smaller screen Wayne Burns headlined with Hugh Cape in the short film Bone Deep, written by Jessica Marsh and directed by Jeremy Webb. The short film premiered at the 2013 Atlantic Film Festival and earned Wayne an ACTRA Maritimes Award Nomination for his performance.

Wolf. has been created to bring together studying Montreal artists from all programs. It is the creation of a pack. A network of artists to share, collaborate and discover the work that is being created amongst us.

On December 17, 2013, a snowy day in Montreal, Alison Darcy, Artistic Director of Scapegoat Carnivale Theatre, Erica Anderson and myself gathered at Le Couteau to discuss the creation of a new group to engage the vibrant community of artists in Montreal. After enjoying our warm drinks, and finishing Alison’s chocolate croissant for her, the brainstorming began…

This is Erica’s and my third and final year in the acting program at the National Theatre School of Canada (NTS). We are so blessed, as students, to be able to perform at the Monument-National and work with incredible professional artists. However, we felt a lack of connection between ourselves and the other arts students in Montreal. We noticed this in the attendance of our performances and in our lack of knowledge of what was happening within our own community. We wanted to build relationships and felt we were on our own little island.

We hunted for other online groups that shared a similar goal and found nothing that targeted all arts students in Montreal.

Alison was introduced to us last semester by working with us on the promotion of our shows at NTS. Her vibrant energy sparked a great working relationship between Erica and I. Erica and Alison had been talking about creating a group where students/artists could be more aware of what is happening in their artistic community. Erica and Alison extended an invitation to me to help in the creation of said group, which at the time was being referred to as M.A.T.S. (Montreal Association of Theatre Students).  The three of us discussed who this group would really be for and how we could best get their interest. Although we are theatre students, we did not want the sole focus to be theatre. Montreal is home to so many artistries: photography, dance, cirque, music, film, and so forth. Why not have a place to share all of it? We hunted for other online groups that shared a similar goal and found nothing that targeted all arts students in Montreal.

We had found our niche.

We started to toss around ideas for a name and logo. Alison asked us what animal we thought could represent the group. Erica said a wolf because they travel in packs but are still very individual. As artists it is important to support each other in our endeavours as studying artists, but our work can be very individual in the creation. We also wanted something that clearly represented Montreal. We felt Mont-Royal did this best. I started to draw up the design. The orange and turquoise colouring came pretty organically.  We wanted fresh vibrant tones that draw attention, so a burnt orange seemed like the best choice. And to be honest; turquoise just pops against it.

We had our logo.

I drew up the final draft of the design. After about three hours, we had successfully come to a solid idea, logo and group outline for Wolf. Our goal was to launch the group as soon as possible, so we could start discovering and establishing the community, while developing audiences for not only our upcoming work, but everyone’s.

How can we hope to be successful and share our stories if we do not have an audience to see them? How can people know what they are missing out on if they aren’t informed or updated about the events in their area? How are young artists supposed to be inspired by each other if we can’t find one another? What endless possibilities are there for collaboration between the forms? All of these questions we hope to answer with Wolf. by stitching this community together.

Over the last two months Wolf. has managed to attract over 250 members on Facebook, with at least five new members every day. Erica, Alison and myself are consistently monitoring the group and doing our best to keep informing the members of ongoing events, as well as inviting members to post about their work themselves, be it a play, publication, or photograph. We hope that this group will become a community forum where young artists from all disciplines and languages in Montreal can share their upcoming work, and create a strong community of collaboration and discussion.

Wolf. was launched at the opening performance of The Changeling at NTS.
http://ent-nts.ca/en/public-performances/graduates/2014/the-changeling/