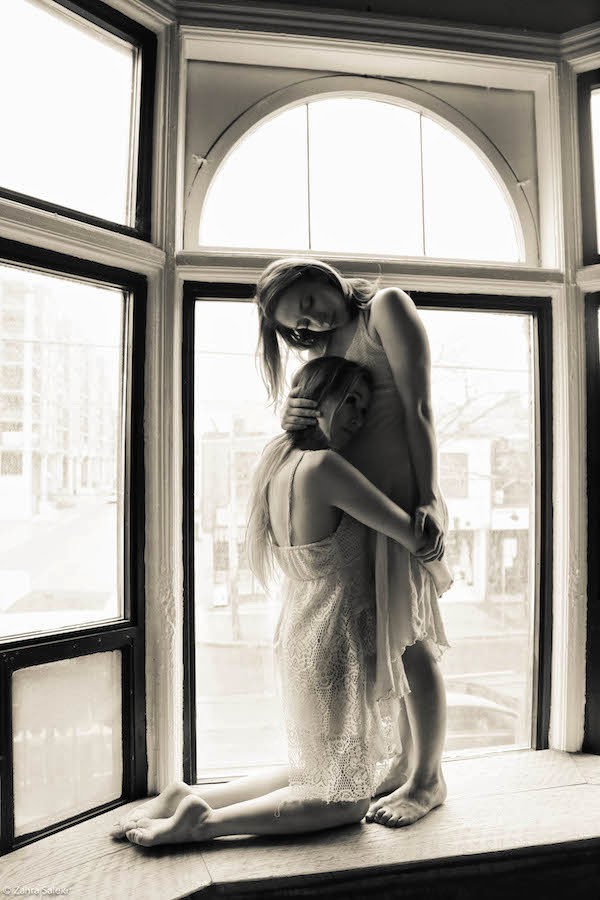 A performance piece that melds dance, movement, spoken word, and theatre, Return is an intriguing experience even if the last third falls a little flat. The show follows the early years of an unnamed girl (played by Caitlin Hutt) whose inner life is given a physical voice thanks to two dancers (Rebecca Bobrovskis and Alyssa Bartlett). Confronting issues of loneliness, cyber-bullying, and substance abuse, Return deals admirably with some heavy issues yet still fails to create a satisfying resolution.


Playwright / co-director Laura McKay has created some intriguing (and occasionally funny) monologues but Bobrokvskis’s choreography is the real star. On many occasions, she manages to marry dance with narrative. The moment when the play’s unnamed heroine loses her virginity manages to be both elegant and grotesque. She also manages to make a fourth character out of a semi-transparent shroud which is the only set piece and accomplishes some stunning and creative transformations.

As mentioned, the end of the piece is not nearly as sharp as it could be - the main character’s transformative arc feels a little abrupt. Nonetheless, Return is an engaging piece of theatre. The company is chock full of talent and it would be intriguing to see them apply the style of this piece to a more compelling narrative.

[Publisher: When we are running ten to 16 Fringe reviews a day, we have a policy here at CharPo to post photos - when we have them - at a reduced size. However, I would like to draw your attention to the heart-stopping photo this company sent. GLC]
Posted by THE CHARLEBOIS POST at 4:55 PM