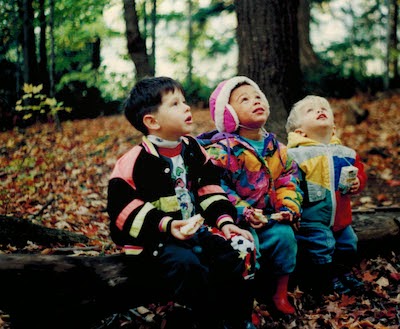 I Was Born White is essentially a dance piece, something I may be ill equipped to review. There are theatrical elements to the piece but there is no plot and little story. The piece is a physical exploration of a situation rife with emotion: an adopted girl, born white, eventually comes to realize she’s black. It’s an intriguing circumstance full of dramatic possibilities, but this performance is more interested in exploring the ideas through movement and spoken word.

Two drummers are on stage but the performance consists entirely of an ensemble dancing to spoken word monologues, each by one of the parties involved in the adopted girl’s life (the birth mother, the girl herself). Dancing to spoken word is an intriguing idea but here it only served to distract – paying attention to the monologues meant missing the dance or vice versa. Equally frustrating was that the monologues, while beautifully written, were sometimes so poetic that it was difficult as an audience member to follow the narrative thread.

That being said, I suspect that I’m the wrong audience member for this sort of performance and I’m hesitant to make any snap judgements about its worth. One thing is certain: this is not the Fringe show for the conservative theatregoer. Those seeking a more unconventional experience may find that I Was Born White was exactly what the Fringe doctor ordered.