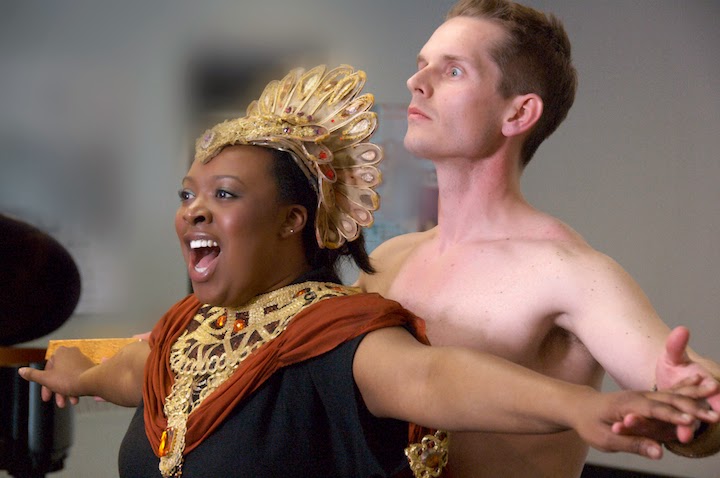 Toronto-born Sharon Singer is a published poet, librettist, journalist, and spoken word performer, known for her dramatic monologues. In addition to four published books, Ms Singer's work has been included in poetry journals and anthologies. More than 15 years ago, Sharon Singer began collaborating with musicians who wrote soundscapes to accompany her spoken word performances. This resulted in her work being set to classical and jazz music for the CDs Hail, Canadian Art Song and Global Warming, a collaboration with renowned New York jazz saxophone player Bob Mover. In 2008 Philip McConnell composed music for Sharon Singer's short story The Museum and  her documentary poem, The Burning Book both of which she  performed with the Toronto Sinfonietta Orchestra at the Royal Ontario Museum. Isis and Osiris is her first opera libretto. The opera’s initial public performance took place at the Art Gallery of Ontario. www.sharonsinger.com www.ariaworks.ca

Anyone who has ever been to my home sees evidence of my love for ancient Egypt.  There is the six foot tall poster of Ramses the Great, purchased at a Ramses le Grand exhibit of monumental sculpture in Paris in 1976.  My kitchen towels are Egyptian themed and in the living room is the Egyptomania poster from the 1979 exhibit at New York’s Metropolitan Museum of Art. I have been enchanted by ancient Egypt since high school trips from Oakwood Collegiate Institute took me to the Royal Ontario Museum where I first saw mummies, scarabs, shwabti, and mysterious hieroglyphic symbols. From there I amassed a comprehensive collection of books about Egypt, and even sculpture reproductions. For many years I attended the all-day Symposium put on by the Society for the Study of Egyptian Antiquities. 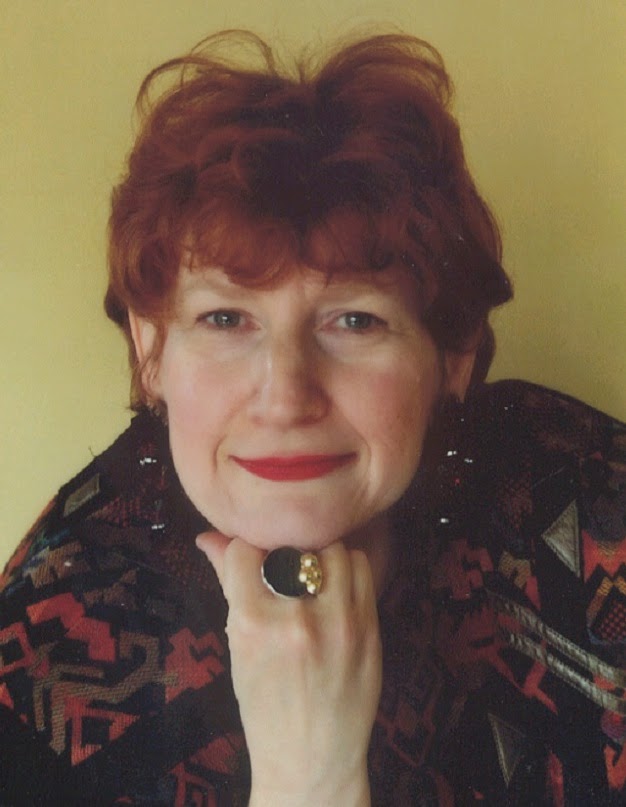 It comes as no surprise, therefore, that my creative work would go in that direction. With several books of poetry to my credit, and a number of CDs, I wanted a new challenge. The idea for Isis and Osiris was inspired by one of the great world myths. This myth of Isis and Osiris is exciting and provocative, strange and exotic, mysterious and compelling. It tells the story of four siblings, Isis, Osiris, Seth, and Nepthys, born of the gods of earth and sky, the first living gods to dwell among humanity. Isis and Osiris, king and queen of Egypt, share a great love, an eternal love that nothing can shatter. Their brother Seth however, is jealous and lusts for power and, for his brother’s wife. Seth wants to be king and nothing can stop him. Like Frank Underwood, played by Kevin Spacey in Netflix’ House of Cards, Seth climbs the ladder of power through murder, deception, and treason. He murders Osiris in the most gruesome manner, but Isis, loyal, devoted, and driven by destiny to bear their child, the heir to the throne of Egypt, goes on a gruelling search for her husband’s body. She finds all the parts of his body, except the phallus. Using her magic and with the help of the gods, she creates a phallus of pure gold, resurrects Osiris, and together, they create their son Horus, progenitor of a line of kings.

I had made several attempts to get this project mounted, originally, as a staged musical drama, until I finally realized that this story was made to be an opera. Nothing less than a grand conception can hope to convey the larger-than-life tale of the first great love story in world literature, with its elements of sibling rivalry, murder, the quest for immortality, and an archetypal battle between good and evil, which resonates through the centuries in more contemporary love stories and dramatic literary tragedies. Only an opera could encompass its power and strengths.

And it is in this direction that Isis and Osiris is finding success. The first 30 minute excerpt of the opera  was performed  during the King Tut show at the Art Gallery of Ontario (AGO), a supporter and partner in the production. The Egyptian Tourist Authority was a major donor and continues to be an enthusiastic ally. The project was directed by Guillermo Silva-Marin, General Director of VOICEBOX: Opera in Concert, a 40-year-old Toronto opera company that puts on a full season of works at the St. Lawrence Centre for the Arts. Guillermo was excited about the work, fascinated by ancient Egypt, and quite taken with the libretto. He was amazed that this thrilling myth had never before been the inspiration for an opera.

There was a joy of discovery, the deeper I delved into the story and the ancient mysterious world that I was seeking to know and reveal.

The day of the AGO performance was electrifying for me, as I sat in the front row and heard my words sung by wonderful artists: Amanda Jones as Isis, Stefan Fehr as Osiris, Joseph Angelo as Seth, and Douglas Tranquada as the Royal Scribe. I was so impressed with the persistence and musicality of David Eliakis, our music director, who insisted on clear enunciation of every word of the libretto throughout the rehearsals. We had a sold-out, standing-room only, highly enthusiastic crowd filling Walker Court as well as the side aisles around it. The ardent reaction to this production was the 'go' light for VOICEBOX: Opera in Concert to continue with the opera’s development.

After the AGO production, with Guillermo as dramaturge, I continued working on the libretto aiming at a two-hour opera for the world première. Guillermo and I had many creative discussions as I worked out the overarching concepts of the piece, its style, action, plot, structure, the fleshing out of the characters, and the themes, poetic metaphors and symbols. Being a poet, it was also important to me that the text be precise and melodic, that the rhythm of the language be suited to music, always keeping in mind the prime importance of a strong dramatic thrust.

The story developed over the months that I worked on it, becoming richer as I discovered more of the facets of each of the five main characters, their back stories, their motivations, and the arc of each of the characters. There was a joy of discovery, the deeper I delved into the story and the ancient mysterious world that I was seeking to know and reveal.
I was introduced to the award-winning composer Peter-Anthony Togni through the accomplished  mezzo-soprano Andrea Ludwig, who I met at a party at the home of Elaine Smookler, a well-known Toronto humorist, writer, performer and teacher. Andrea and I took to each other immediately, and when I told her I was a librettist looking for a composer (to take a page from Pirandello) she told me that she knew someone who had expressed the desire to write an opera. What luck! But would he like my work?  Would I be taken with his music?  I asked her to read the libretto and, only if she liked it, would she then mention it to this composer. Andrea got very excited about Isis and Osiris, and conveyed her enthusiasm to Peter. We got in touch with each other. I sent him the libretto and this was his reaction in an email.  “ I read the libretto and I love it!.  Very dramatic, very singable...brilliant…I would love to make this happen!!!”

I also became enamoured with Peter’s music – it has so much mystery, melody, and artfulness. Peter loves improvisation, creation in the moment, the excitement of discovery, and I am delighted by the playfulness within the powerful sweep of his scores. Peter’s compositions include 23 choral works, his most recent being Warrior Songs, a 75 minute concerto for improvised percussion and choir, whose central theme is the idea of being a warrior for nonaggression. The idealistic Osiris, who, in my libretto, creates “The Great Policy of Peace” document, would approve.

In addition to being a 20 year veteran CBC Radio broadcaster, Peter travels to perform his music around the world including at Roy Thompson Hall, in Moscow, Shanghai, and for the Pope. Peter is a rare, unique talent, and I am deeply grateful that he decided to work with me.

Thus our collaboration began. Since Peter is in Halifax, this involves travel, many phone calls, Skype, and emails.  Writing is a lonely art for both a poet and a composer, so it is truly a joy to have a partner who appreciates your work and as Peter and I got to know each other, we also became friends. Working with Peter has expanded the dimensions of the story, which is now being told not only through the words but through the emotional thrust of the music.
I see the libretto as a literary form and by utilizing the heightened language of poetry, it becomes a work in itself.   When the poetic text is set to music, the audience can be drawn in on so many different levels—intellectually, emotionally, and even physically. Yet, taking a page from Stephen Sondheim, the lyric or libretto “can be full of complex thoughts and it certainly can have resonance but it must be easy to follow–that is not true of poetry.”

The libretto is now almost complete, which means that Peter can continue working on the musical score. We are still on our journey of collaboration.

In the summer of 2013, Peter and I did a demo recording of the opera’s love scene with mezzo-soprano Andrea Ludwig and tenor Colin Ainsworth at CBC studios. This recording can be heard on Peter Togni’s website.
Then, it was time to start raising funds, so in the Fall of 2013, I planned a Birthday Party/Fundraiser for the following December at Heliconian Hall in Yorkville.  This event took non-stop work, day and night, for months.  I had to get the word out to everyone I knew, create posters and flyers, learn how to use MailChimp and Eventbrite, plan the refreshments, find a photographer and videographer. The list goes on.

But it was worth it!  The event was a huge success—we filled the hall to capacity. With Peter at the piano, Andrea Ludwig and tenor Joseph Angelo sang their hearts out in the roles of Isis and Osiris to support the opera.

This event truly marked Isis and Osiris’ birthday. It was a happy circumstance that the month of December also marks my own. VOICEBOX views this opera as a new, vibrant, and visionary work and at that event, Guillermo said,  “It’s a tall order for a small company like VOICEBOX to present a world première, but we are absolutely committed to seeing it through to fruition. I fell for the story immediately in Sharon’s stunning words. This is something unique, important, and marvellous. This amazing project is a truly operatic subject with fratricide, incest, quest for power, seduction, belly dancing…you couldn’t hope for more.”

The libretto is now almost complete, which means that Peter can continue working on the musical score. We are still on our journey of collaboration.


Moving forward, VOICEBOX is planning a workshop of the opera in May 2015.  My job will be to work with the opera company to raise funds for the workshop and for the world première by engaging sponsors and donors, as well as to be involved in the marketing. I don’t think that any creator working with an independent opera company can just sit back once the writing is finished and let the company do all the work. It’s important to get involved in the entire process. I long to see the world première of my opera Isis and Osiris at the St. Lawrence Centre. I can’t wait!
Posted by THE CHARLEBOIS POST at 12:04 AM