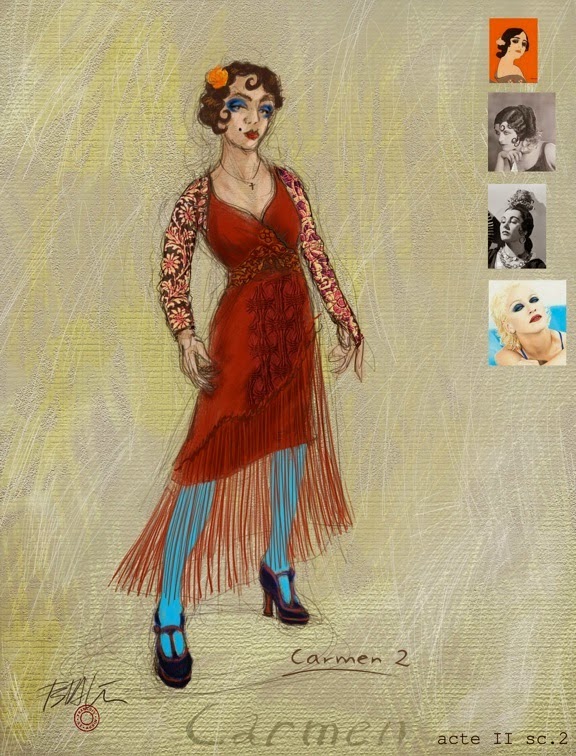 Carmen is a stage director's dream. This piece has it all. Rich characters, a juicy story and tunes that seep into our minds and hearts.

This is the first production of Carmen that I've had the pleasure to direct and I'm also excited to be making my debut with one of Canada’s great opera companies, Vancouver Opera. 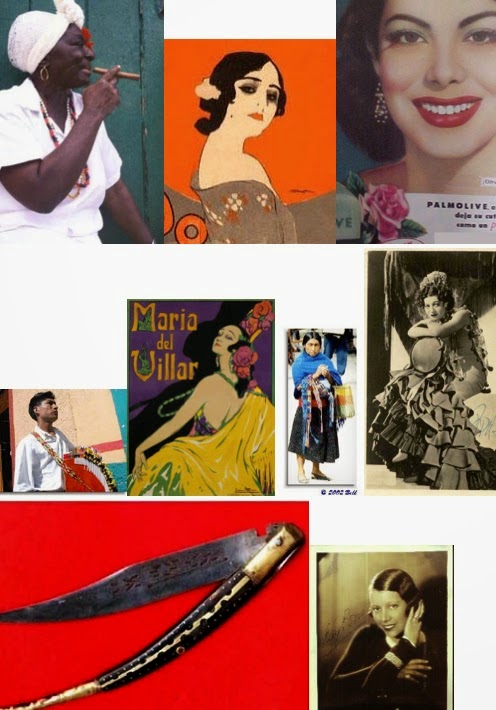 Collage of images used by designers

We have just finished our final rehearsal room run and I think we have a very powerful production to present to Vancouver and the greater community.

On the first day of rehearsals I spoke to the cast and company about the need for unity among all. The only way to present effective, moving theatre is through clear storytelling and buy-in from everyone...everyone. From the cast, orchestra, box office right on down to the last person who will buy a ticket. When that happens, we are all expectant for live theatre to do its work. We all bring an energy of togetherness which you can’t find anywhere else. (cont'd) 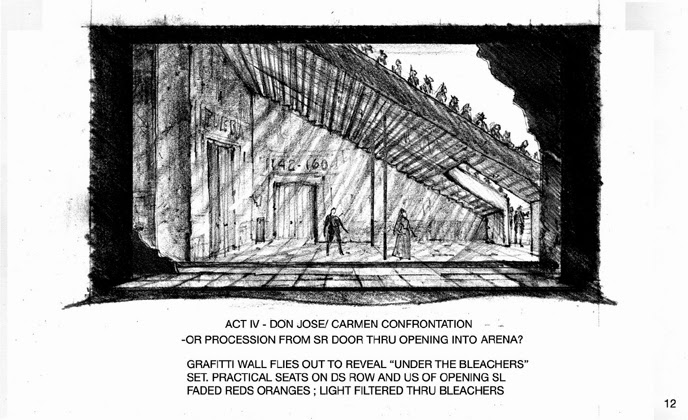 
With this production of Carmen, it has been such a wonderful experience and I truly mean that. Every time that I direct a piece of theatre, I try to approach it differently in order to keep myself open, receptive and willing to learn something new.

Directing is a very unique art form. One can be very specific and clear on what one is after. For example, I have found myself agonizing over small details that in the grand scheme of things are not as important as the whole.  More often than not, being willing to collaborate, adapt and guide your cast as director has proven to be the most successful and rewarding. I have tried my hardest to take this approach in this staging process of Carmen

Due to the scheduling of back-to-back performances, we have two casts of Carmen's and Don José's. This has been my first experience of directing double casts in a professional context. I have to say that it has been such a unique and overall positive experience. I've been able to share thoughts; choices and we have been able to unpack the characters with two different artists who each have valid, passionate beliefs in their interpretations of the role. This has created two different tellings of the same story, within the context of the same set and costumes and lighting. The chorus is the same as well as most of the other principals, and yet, both stories are different. (cont'd) 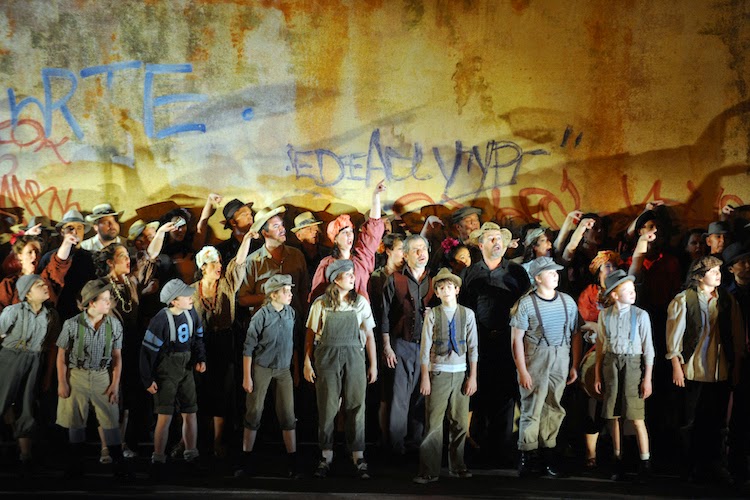 This is a great tie-in with the opera and the challenges that come with directing such a great piece of theatre. To present this piece, I go to where I go with all opera that I work on, and that is the text. The text has everything that you need to know. It has the background, it has the context, and it has your choices and decisions already made. From there, you add the music and you have your starting point. The marriage between text and music in opera is imperative for success. If it is not in the text or the music, it simply won't work. So far I have stuck with these guidelines and they have proven to be the foundation for all of my work.

With Carmen, we have a very a clear story with wonderful characters. Most of them tell the truth, they say what they believe and they do what they say. The evident change is in the character of Don José. He is a man who begins the opera in one place and ends it somewhere unexpected and horrifyingly honest. I say honest, as most of us can find ourselves with similar choices or at least have the same desires as Don José as well as many of these characters. Perhaps we don't quite go as far as José goes, but my hope is that we can relate.

The cast is a wonderful mix of artists. Some have performed their particular roles before, there are singers making their role debuts and young artists, who are with the company all season. There are 40 in the chorus, we have engaged 16 supernumeraries and we have 17 in our children's chorus.

I revel in the challenge of trying to engage and motivate all of these people together to present one idea. Each person is their own person, their own character and their own individual. They are onstage and performing in the opera Carmen, meaning there must be ownership confidence and a communal sense of unity among all. That is my rehearsal process. Hopefully we are all in the right place when we add the final elements, (the theatre space, the orchestra, the costumes, the set and the lighting). These last elements take the work to another level and another degree of performance. That is what I am excited about and what I am looking forward to.

It’s been surreal seeing posters on street corners, in subway stations and on many busses in the downtown core. There have been ads on the internet and have seen TV spots and heard radio ones as well. I can't wait for this coming week as we gear towards opening night.