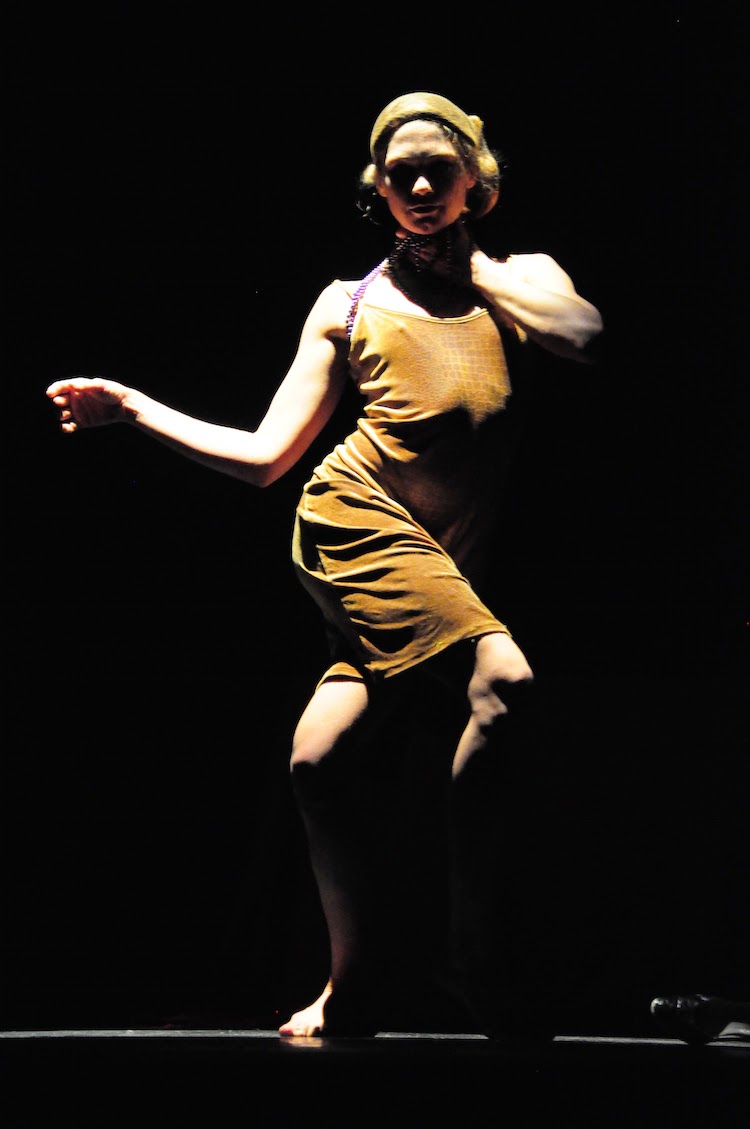 The solo dance performance of That’s It at La Chapelle is a strong investigation of body transformation in all its possible forms. Brussels based creator and dancer Sabine Molenaar first premiered the piece in 2012 and has toured it extensively before making this its North American première. Her incredible virtuosity and control are displayed from the first image of sitting on the ground, back to the audience and arms wrapped in a mysterious way around her body. My first thought was that this was going to be a contortionist show of intense and unbelievable body moves. This became half true over the next 50 minutes where Sabine pulls, pushes, tears and transforms her body into every imaginable form.


A sparse but intriguing set consisted of a table with a red velvet cover with a bonsai tree on it, a red lounge chair, two hanging wigs, two hanging dresses and a hanging lamp shade. The music started as quietly throbbing ambient techno but grew into broken radio signals and opera music in later parts. Somehow these other elements are only there to support the beautiful, bizarre and at times hard to watch body changes of the performer. As the middle of the piece approached I found myself wondering where the impulse for the piece comes from, where is the emotional core to the piece. There is a coolness to the performance that creates more distance than intimacy and reminded me of my observer status.

Then towards the end characters of a sort begin to emerge and bring new life to the piece. A shy singer who also has a certain comic timing teases the audience and plays with conventions of normal. Then with a careful and slow immersion into a new dress Sabine curls into an older character fighting against his/her own body. This last character surprised me and instantly brought me back into this surreal world. Each twist of hand or even finger was mesmerizing and heartbreaking to witness at times. This person seemed almost desperate to breathe, to find a continuation in their life, to gain even a scrap of energy from the audience.

I found that That’s It hit me like a dream, where my emotions were engaged but my mind would wander and in waking could make sense of it all.  Still like any good dream certain images will stay with me for a long time I think, haunting me in the possibility of the human body. While I craved more vulnerability in the piece, the performance itself was spectacular and unlike almost any solo performance I had ever seen. I recommend this for anyone interested in solo performance or dance that challenges what is expected.