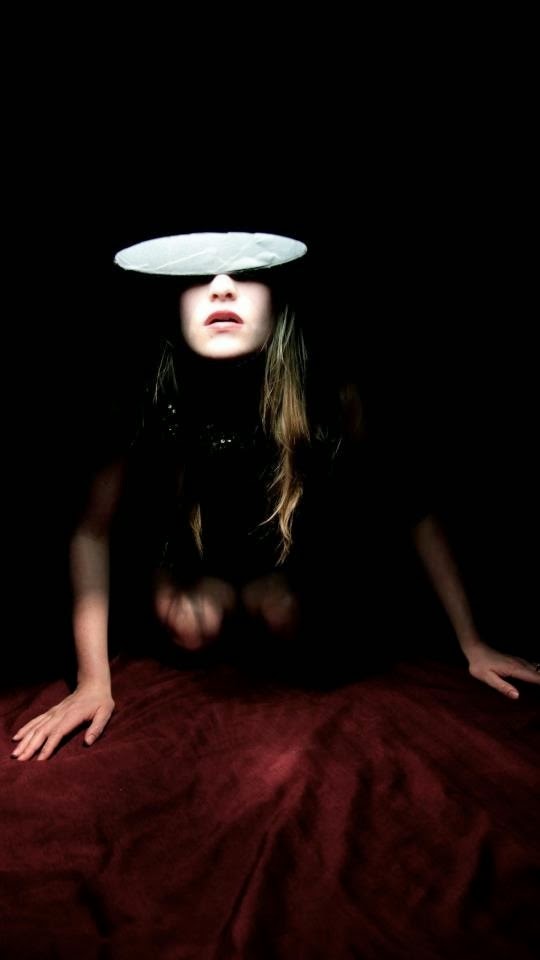 Body and Light on The Fringe of Existence
by Stéphanie Morin-Robert
Multidisciplinary artist Stéphanie Morin-Robert graduated first from Cégep de Drummondville with a DEC in dance (2008) and then from Concordia University with a degree in Contemporary Dance (2011) and a designation as the most outstanding graduate of that year. She is the choreographer, artistic director and administrator for the company FOR BODY AND LIGHT (a collaboration with musician/spoken word artist Ian Ferrier) creating pieces that are intimately inspired by memory, imagination and the strength and fragility of the human body. After creative residencies at L’arrêt de bus (Montreal, Québec), Main & Station (Parrsboro, Nova Scotia) and at MainLine Theatre (Montréal, Québec), Ms Morin-Robert's company is currently touring western Canada. Over the last four years, her work has been presented at the St-Ambroise Montréal FRINGE festival, the Fundy Fringe Festival, the Frigid New York Festival, the Bouge d’ici dance Festival, the Mile End Poets Festival, Festival Carmagnole, the Canadian Festival of Spoken Word, Festival Phénomena, Studio 303 and the Tangente dance series. She  recently joined the DIRTY FEET podcast team as a co-host and is also a collaborating member of the multidisciplinary improvisation collective BODY SLAM directed by Greg Selinger. Stéphanie Morin-Robert currently works as Artist Liaison for the Montreal FRINGE festival and is Media Ticket Coordinator with the Just For Laughs PR team in Montreal.
Trying to decide what to write this article about was a lot more difficult than I thought it would be, especially because as I write this we are still touring.


All of a sudden we were more concentrated, more focused, all pulling in the same direction.

I could have written about the excitement we had when we won the CAFF touring lottery.
I could have written about how I almost made a decision to dissolve the idea of touring as a group and take my solo show Me, Myself & Eye across Canada instead.
About how difficult it was to find a solid group of dedicated people not only to perform but also to take on an equal amount of administration and promotion work leading up to our big departure.
About how challenging it was to raise money to take an independent company across the country. And how generous our families and friends were after we made the risky decision to do a fund-raising campaign and cross the country.
About our first tour to New York City (Frigid Festival) and facing the challenges of performing in a new space, in a city where we knew few people. The challenge of coordinating seven people and presenting a show that we were feeling insecure about after presenting it for the Tangente dance community in Montreal. About how I was genuinely surprised at how well our show was received and how I overcame my fear of New York City.
About how tough it was to let go of some of the core members of the group when we were back in Montreal, due to artistic differences, cold feet and financial restrictions. About how these changes transformed not only the show we were planning on touring, but also the overall energy of the group.
All of a sudden we were more concentrated, more focused, all pulling in the same direction.
I could have written about how tiring it was to shape our tour while I worked countless hours as Artist Liaison for the Montreal Fringe festival and PR team member for Just For Laughs. I could have explained the paralyzing anxiety I had when facing a constant battle against time. How difficult it was to keep my relationship going strong. How heartbreaking it was to be so far from my family.
About how everything somehow came together. About how impossible this seemed a few months ago. About how before I knew it, I was kissing my partner goodbye with hopeful thoughts that love would be enough to keep our relationship strong. About how before I knew it, we were boarding our plane to Saskatoon for my very first six-week tour with Ian Ferrier, Linnea Gwiazda and Allison Burns.
But then I realized that this whole tour is simply about being. Being here, now and not about what I could have, should have or would have done.
About facing all of these challenges, discoveries and adventures one at a time, taking each as it crossed this path we had chosen across the country.
Saskatoon.
-The excitement of finally starting our tour and discovering Saskatoon for the first time.
-Trying to feel at home in a stranger’s house.
-Our wonderful technician Guifré and the mini donuts he fed us when we all first met. His professional, caring and generous ways that made us all feel comfortable and welcome not only in our venue and within the festival but also within the city. His homemade iced tea and dedicated participation during the creation and presentation of our spoof piece. He really became a part of the company and we already miss him terribly.
-Bare Ass Beach. No explanation necessary.
-Awkwardly trying to sell a contemporary dance show, and trying to understand the art of hand-billing.
-Where are the other dance shows?
-Trying to incorporate our mosquito bites and sunburns into the show
-Spending the night in a tree and having sprinklers bring us back to reality.
-Learning to accommodate the personal needs of every member of the company.
-Becoming acquainted with late night off-sale liquor stores
-Hotel waterslide races.
-The stress of waiting for our first review and realizing the ‘importance’ of the inadequate stars.
-The end of my four year relationship happened over the phone.
Edmonton.
-Holy shit, I wish we were still in Saskatoon.
-Holy shit, this festival is HUGE.
-Holy shit, thank god for Jem Rolls.
-Holy shit, someone is doing a show about me.
-Holy shit, handbilling is a full time job.
-Holy shit, we need to print more posters and flyers.
-Holy shit, the dance show Grey Matters is using OUR music and poetry without asking.
-Holy shit, Steel Wheels sells 3$ beer.
-Holy shit, handbilling is a full time job.
-Holy shit, will people come to our show????
-Holy shit, we are getting excellent reviews.
-Holy shit, we need to print more flyers.
-Holy shit, people are coming to our show.
-Holy shit, we have a bunch of flyers left.
Victoria.
-I need time to recuperate from Edmonton.
-I need more space on my phone.  So. Many. Ocean. Photos.
-Being billeted by Linnea’s family is the best!
-Where is the outdoor site?  Where can I get 3$ beer?
-One of the reviewers just cried in my arms (what does this mean for her review?!!!).
-Thank god for all of the by-laws forbidding handbilling and postering.  I hate both of those things.
-Our technician Ben is so great...  He even took his shirt off during our show.
-Hotel hot tub highjacking.
-Campfire grilled food followed by the most epic late night cabaret. (Can’t stop thinking about Wiener Man)
-ALL YOU CAN EAT SUSHI.
-I can’t believe it!!! I just won the Monobrow Monologue competition.
-Dance Party
-Hangover.
-Wait what? I have time to take a nap?
Vancouver.
IS HAPPENING RIGHT NOW! COME SEE OUR SHOW!
The Cultch: Historic Theatre
★★★★
-Edmonton Journal
★★★★
-The Edmonton Sun
★★★★
-Global News (Edmonton)
★★★★
BEST OF FEST
-Vue Weekly
"Breathtakingly beautiful production" -The Happiest Medium NYC
"Visually stunning" -Bateman Reviews
"The choreography is stellar" - The Saskatoon StarPhoenix
Sept 4 - 14
Posted by THE CHARLEBOIS POST at 12:04 AM