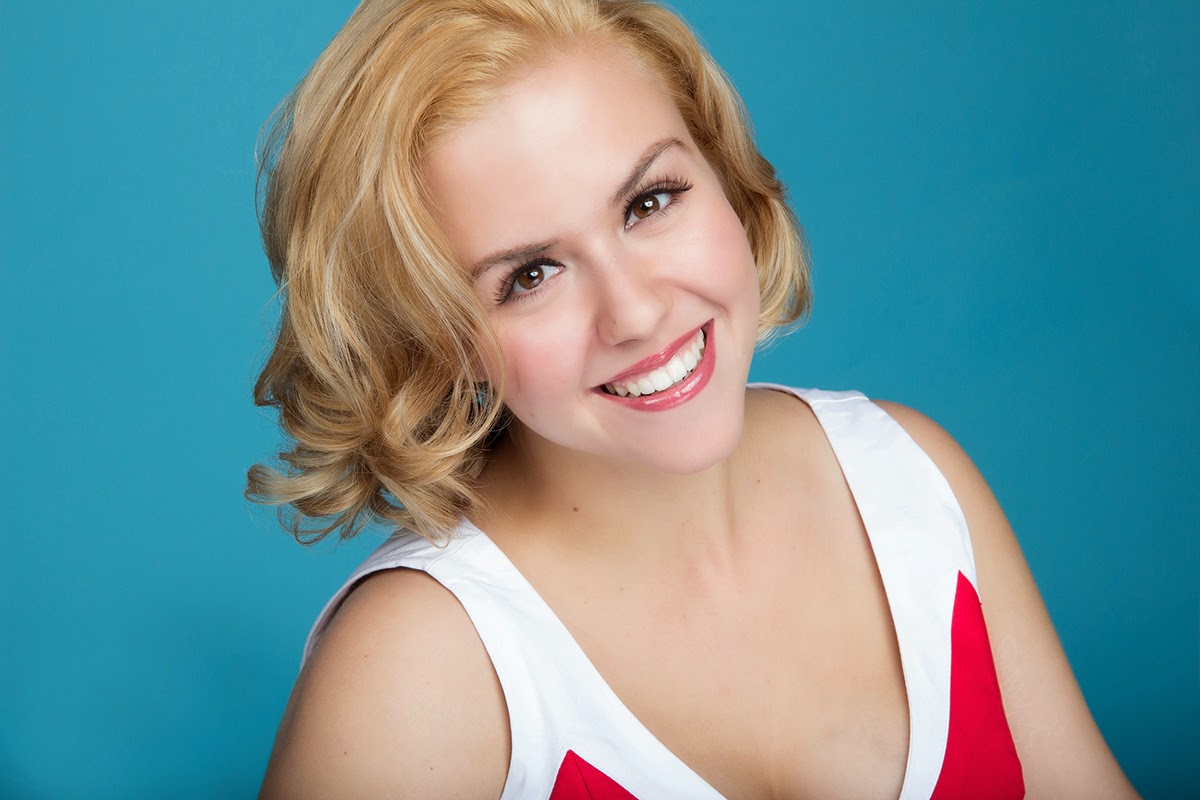 Robin Eder-Warren is an award-winning soprano and critically acclaimed stage director, as well as the managing director of Opera Mariposa, a Vancouver-based company for emerging artists. She made her operatic direction debut in 2013 with Pergolesi's La serva padrona, which was hailed as “a masterpiece of controlled mayhem” (Review Vancouver). She went on to direct Donizetti's Don Pasquale, which was praised as “well-honed,” “delightful,” and “an excellent harbinger of more well-cast and well-directed operas to come” (Opera Canada magazine). As an award-winning soprano, Robin has sung on stages around the world, from Germany to New York to Disneyworld, and has been described as “a talent beyond words” (Life in the ‘burbs). Select role highlights include Musetta (La bohème), Despina (Così fan tutte), Susanna (Le nozze di Figaro), Lauretta (Gianni Schicchi), Gretel (Hansel and Gretel), Laurey (Oklahoma!) and Cunegonde (Candide) among many others. As well as directing Hansel and Gretel for Opera Mariposa, she is currently performing as Meg in the Broadway musical Little Women with Fighting Chance Productions.

I have a confession to make: directing a fairy tale is not as simple as it seems.


This December, Opera Mariposa is presenting Engelbert Humperdinck’s classic Christmas opera Hansel and Gretel in and around Vancouver, BC. I have been Mariposa’s managing director since day one – in fact, I co-founded the company with my good friend and colleague Jacqueline Ko three years ago – and one way or another, I’ve had some form of artistic or creative input in every show we’ve produced. It’s a pleasure. I love it. So when my artistic director asked if I would be interested in stage directing Hansel and Gretel, I pounced. It was a simple, beloved story, and I knew the music well. There was no need to re-imagine something so iconic; Hansel and Gretel is a cherished Christmastime tradition for many, so what could be easier or more satisfying than bringing audiences something they already knew and loved? It was a particularly exciting offer given that the show would be Opera Mariposa’s first-ever touring production. Thrilled, I accepted the position of stage director without a second thought.

However, when I sat down to imagine how the production should look, I discovered that this 'simple' fairy tale might not be as straightforward as it appeared. As I studied the score again – the first time I’d looked at it since I sang the role of Gretel myself with Burnaby Lyric Opera – a small, uncomfortable feeling grew in my gut. The traditional staging I had imagined felt almost too simplistic for our first touring show. Due to the logistics of a travelling production, the sets and properties would need to be simple and easily transportable – but would people find them underwhelming? The music of Hansel and Gretel is often catchy and melodic, but also astonishingly lush and grand. Many opera singers affectionately refer to it as “baby Wagner,” and it seemed to me that the sumptuous score demanded a physical production to match. With a touring schedule that included libraries and community centres as well as fully equipped performance halls, I feared that the music would swallow the story whole. How could an enchanted wood really feel enchanted if it was represented by a painted backdrop and a few potted plants? How could we impress audiences with forest spirits that, up close, revealed themselves to be nothing more than a sleepy boy in pyjamas, a girl wearing wire wings, and a man in drag with a pointy hat? That didn’t seem very magical, I thought. It seemed… lacklustre. Dare I say it – it seemed silly.

The characters had gone from stereotypical storybook fairies to creatures of the forest: vivid, otherworldly and far more real.

I sat deflated in my living room for about five minutes. The beginning was fine, I knew – the charm of Hansel and Gretel playing and dancing and quarreling didn’t rely on grand sets – but once the siblings entered the magical forest, I couldn’t envision how to make the show work.

At a loss, I took a second, deeper look at the opera. I’d been too quick to dismiss it as a 'simple' children’s story; it was clear now that in order to succeed, our production would have to evoke all the mystery and wonder that have allowed fairy tales to endure throughout the ages. Hansel and Gretel has many moments of playfulness and hilarity, but it’s also a story about venturing into the unknown. Once darkness falls on their day in the woods, the children are genuinely afraid. In one scene, Gretel believes she spies terrifying goblins and monsters in the forest shadows, although it turns out it is only the Sandman, a strange but benevolent spirit who lulls the children to sleep by sprinkling them with his magic grains of sand. In the morning, they encounter another mystical creature in the form of the Dew Fairy, a spritely being who awakens the wood (and our protagonists) at dawn – and that’s all before they find the gingerbread house belonging to the infamous witch.

And out of the blue, there they were: in my head, fully formed, two beautiful solutions. The mysterious forest spirits appeared in my mind’s eye, completely fantastical, unreal and perfect. Gone were the Sandman’s traditional pyjamas and tasseled nightcap, replaced instead with ears like dragon’s wings and a jewelled forehead like a starry night sky. Rather than her traditional tiara and wand, the Dew Fairy shimmered to life with ethereal feather eyelashes and a head wreathed in blossoms and butterflies instead of hair. The characters had gone from stereotypical storybook fairies to creatures of the forest: vivid, otherworldly and far more real.

The witch was easy to see from that standpoint as well – as a being who pretends to be human, but is in fact anything but. Suddenly this show was a far more exotic fairy tale – still funny, still family-friendly, but beautiful and fey in a way I had never seen the opera done before. In this production, children would be mesmerized not just by the familiar story, the catchy melodies, or the candy, but by the simple 'wow' factor of what dwelt within the enchanted forest. I made the wig for the Dew Fairy myself, assembling it by hand over the course of three nights. When my first reaction upon showing it to someone was a gasp, I knew I had what I wanted.

The opera became a fantasy feast that we could pack up and take wherever it needed to go, because the richness of the production lay in the characters and costumes, not the set. Once that was established, it really became the singers’ show – they were able to take the concepts and run with them, and the first time I saw it all come together, I was beside myself with joy. It’s a risk, to change even one aspect of a story as well-loved as Hansel and Gretel, but I am so thrilled with the look, I can’t wait for more audiences to see it.

I also couldn’t be prouder of the cast and crew for putting in the work to make the piece really sing (pardon the pun). This show has definitely been a whirlwind, but with an exciting visual concept, an acclaimed and multi-award-winning cast, and of course Engelbert Humperdinck’s gorgeous music, I think we’ve created something truly magical. If we put even one smile on the face of one child – well, I will definitely live happily ever after.